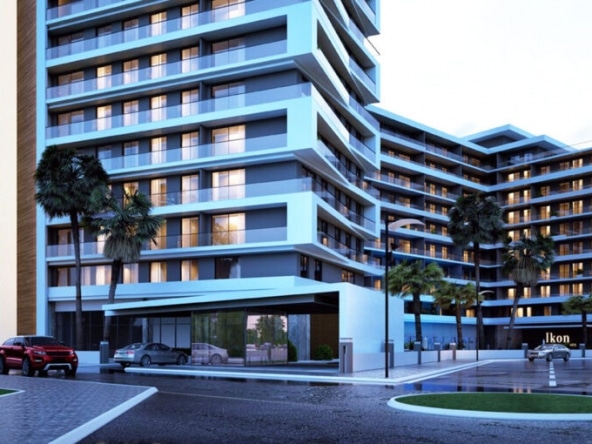 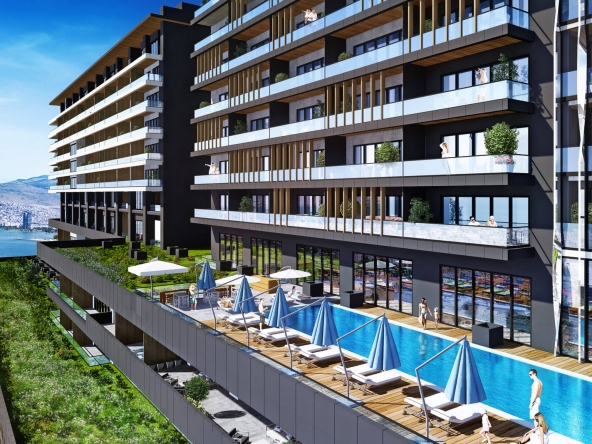 The city of Izmir is located on the west side of Turkey and once known as Smyrna. Now, is commonly referred to as the ‘Pearl of the Aegean’ with more than 300 days of sunshine every year. Today Izmir is regarded as one of the most attractive regions for permanent living or buying apartments in new buildings in Izmir. Buying an apartment in Izmir has always been considered as one of the most attractive and thriving options for buying a home in Turkey. Any investment in Izmir (including real estate transactions), in addition to becoming numerous demands by Turkish citizens, has always attracted the attention of American, European, Arab, Russian, and Iranian investors. The reasons of purchasing Izmir real estate are endless, including the stunning turquoise blue sea, beautiful golden sandy beaches, favorable year-round climate, vibrant and warm welcoming people, a flourishing business and economic sector, and all you expected city amenities.  Below we talk about buying an apartment in Izmir, Turkey. 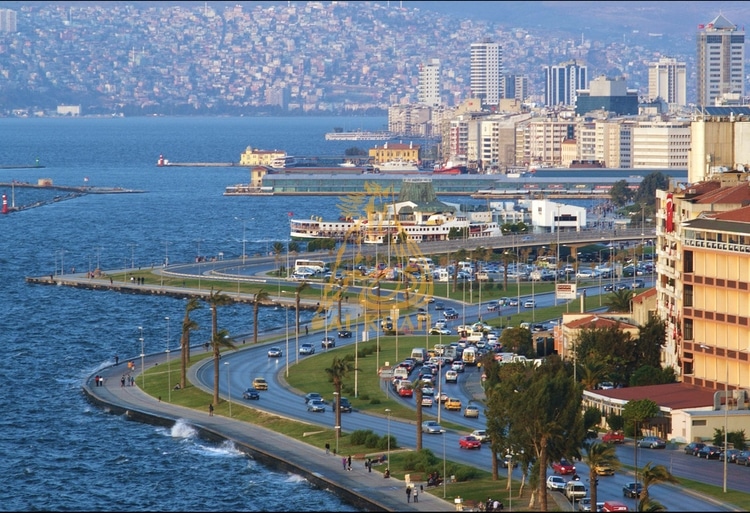 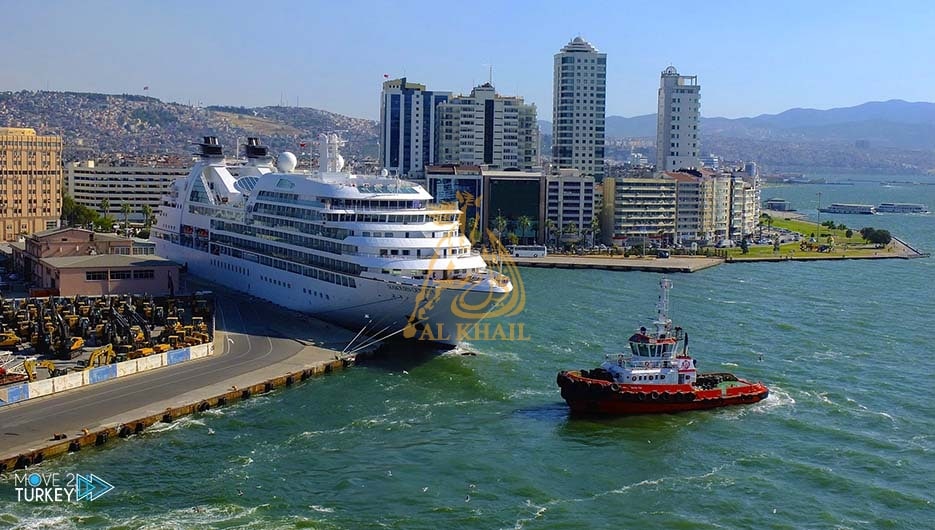 Izmir is one of the most important cities in Turkey that due to the existence of valuable monuments, the tourism industry has a very high value in it. Many tourists from all over the world travel to it annually. This city has a Mediterranean climate and the Aegean coast has provided ideal conditions for tourists to enjoy. Due to the economic conditions and geographical location of the city, many people have been interested in buying property and apartments in Izmir in recent years.

Apartments for sale in completed projects enjoy more than 300 days of sunshine around the year, and the city is fast growing into the Pearl of Aegean. You can combine your purchase of a new apartment in Izmir with the fruit of investment because Izmir is a working city alive all year round. It is the third largest city in Turkey boasting a population of more than 4 million. Izmir has been shaped by numerous civilizations into one of Turkey’s must-see cities today as it has a history stretching back 8500 years.

The city is more solitary than Istanbul and there is no news of the terrible traffic in it, which can be a good option for people who want to live in a peaceful and of course advanced coastal city. If you would like to live in a place with the below options, buying an apartment in Izmir and the Aegean coastal region is undoubtedly one of the best options.

Izmir is experiencing long dry and sunny days in the summer and cool winters at the end of the year. In the evening during the summer period, you would feel a mild breeze coming in from the shore cools while temperatures can drop down to a freezing point in the evening at the coldest moments of winter.

Izmir has been home to at least 32 different civilizations over the history of time including the Persians, Ancient Greek, Assyrians, Romans, Byzantines, and Ottomans. There isn’t any city in Turkey that has such a colorful past as Izmir. 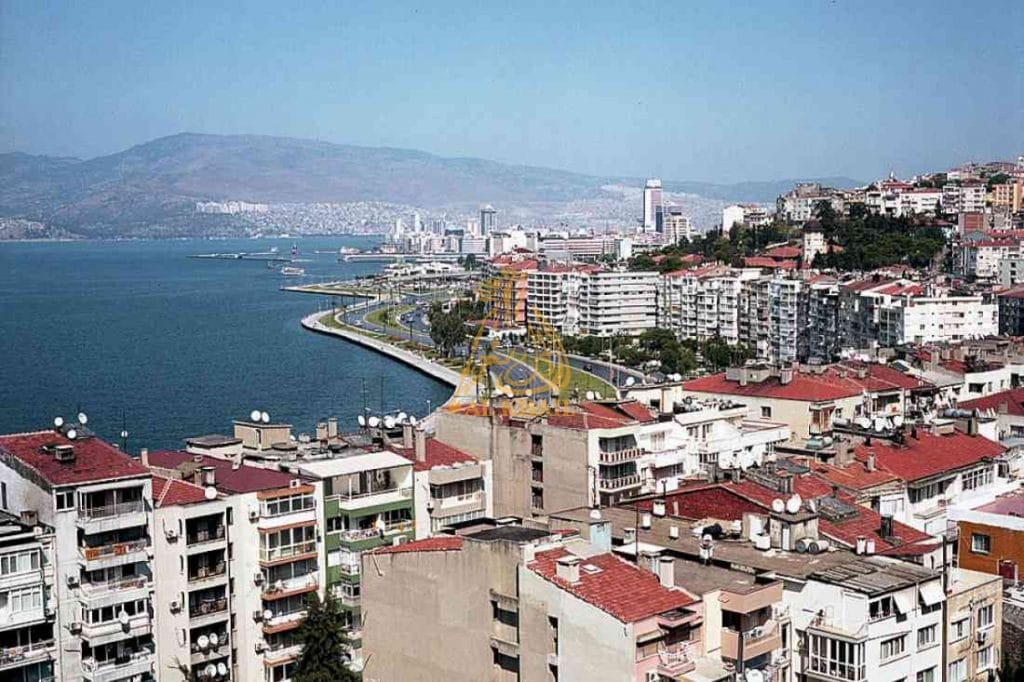 ● Investment and renting house is common and easy

Things such as being tourists, migrating from other cities and a large number of students due to numerous universities have always caused many people to want to rent a house in this city. This has made buying property in Izmir for investment and renting common and easy.

● The view of the Izmir city

The next factor that makes buying an apartment in Izmir attractive is the shape of the city of Izmir. In this city, most houses, because the seashore is in the form of horseshoes, have the possibility to enjoy sea and forest views.

● Izmir is the safest city

According to the Twicken institute, Izmir is the safest city among metropolises. This feature is based on the demands of a balanced population and high culture of the people of Izmir, which makes it Turkey’s safest city.

● It is easy to get to Izmir

The major airport which offers frequent flight schedules all year round is used by foreigners coming to Izmir. In addition, Izmir is easy to get to by road thanks to its connections to major highways and bus stations with scheduled routes to many other places in Turkey.  Finally, it stands to figure as a peninsula, as many people arrive by official sea entry ports in Kusadasi, Cesme, and the city center.

One of Turkey’s popular tourist attractions is the Izmir peninsula. The Ephesus ruins which its fame is known the world over is visited by millions of Turks and foreigners every year. There is a lot to do for tourists like visiting Pergamon ruins which is another core feature of its activity portfolio as it is a wild park. So it is good for anyone to buy an apartment in Izmir to use in summer or to let out as a holiday rental. The official tourism board says 8.5 million people visit Izmir every year and the good news is Turkey endeavors to grow its tourism industry so this figure looks set to climb.

Why invest in an apartment for sale in Izmir?

Izmir properties tick all the boxes for both investors and lifestyle buyers as the third largest city in Turkey. For those who are looking to invest, a large tourism industry and high rental potential for apartments owners in Izmir currently yield between 4-7% income per annum depending on the quality of the apartment, proximity to the sea, features of the property, and extras such as pool and gardens.

There is never a shortage of holiday lets during the peak summer months with Izmir being a popular tourist destination.

How much do apartments in Izmir cost?

Apartments in Izmir as holiday flats with small complexes boasting gardens can be purchased for as little as 60000 Euros. 80000 Euros can be paid for a larger apartment in top quality complexes with superb social facilities including a swimming pool and gyms. It could stand out as a quality home or an apartment that you can live in on a permanent basis with children. 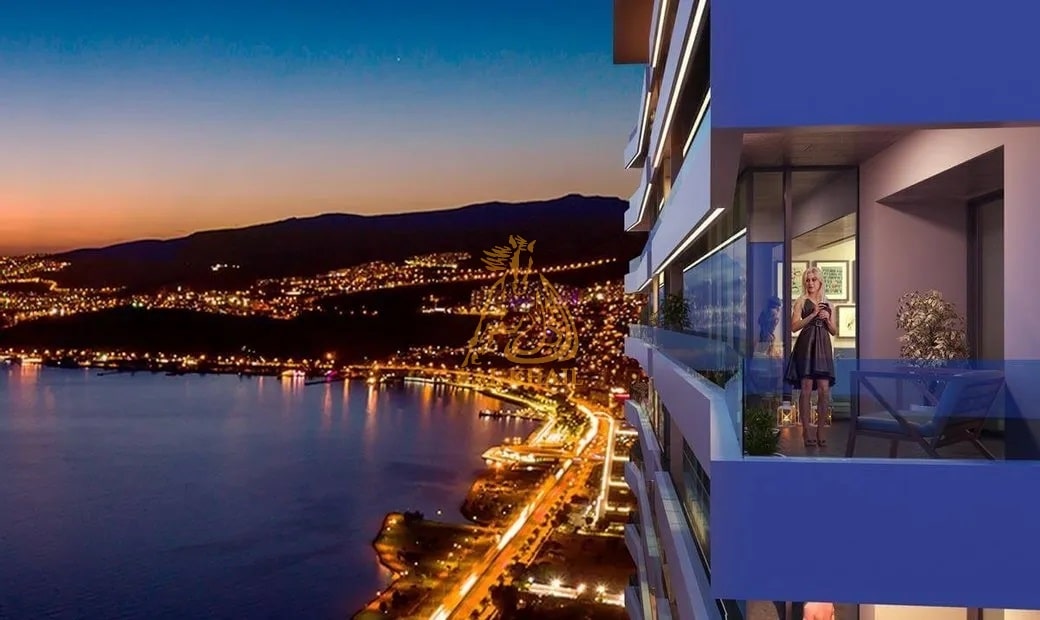 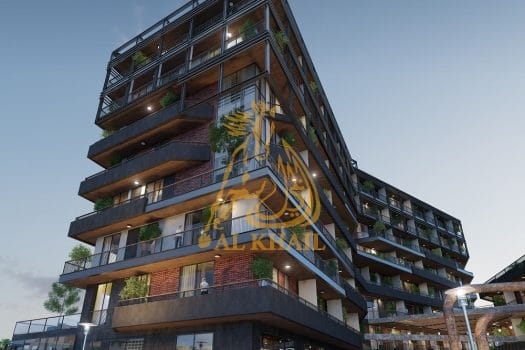 Types Of Apartments Available For Sale In Izmir Turkey

Thank you for being with us until the end of this article. In this article, we talked about apartments for sale in Izmir, the Life Style Izmir, advantages of investing in Izmir.

As you can see, Izmir is a touristic city in Turkey that is visited by millions of tourists every year, and for the reasons mentioned above, many immigrants have chosen this city to live in.

Als offizielles und führendes Immobilienunternehmen in der Türkei, Alkail real estate offers many houses, apartments, and villas for sale in various Turkish cities. You can see our available Villen zum Verkauf in Izmir oder eine Liste von Immobilien zum Verkauf in Izmir just by one click. Since we are an expert team and do our job properly, our customers experience the easy purchase process of all kinds of real estate with quality service. So be sure to contact us when searching for an apartment in Izmir for sale, our dedicated team of property advisors will take your budget and lifestyle requirements into consideration and direct you to your ideal home in Izmir.

Why buy an apartment in Izmir Turkey?

Just looking out towards the sea and surrounding nature with peaceful views, then you find out why you have to buy these high-quality apartments which is located in the Izmir area for commuting and living in the region permanently.

Where are apartments so cheap in Izmir?

There are cheap apartments in Izmir which can be found the outer city island suburbs while there are some very high prices.

Where is Izmir located?

This modern city which has become quite westernized and modern over recent years is a vast city in the vest of Turkey.